There is another type of ventricular aberration, which is slower and represents abnormal bundle branch physiology.

This is a rate dependent bundle branch block.

In this situation as the sinus rate increases, a block occurs in one of the bundle branches and often called a tachycardia dependent bundle branch block.

Here is another example, which is a left bundle branch block:

There are a number of ECG facts to remember:

The bundle branch block can lead to a serious misdiagnosis during tachycardia. 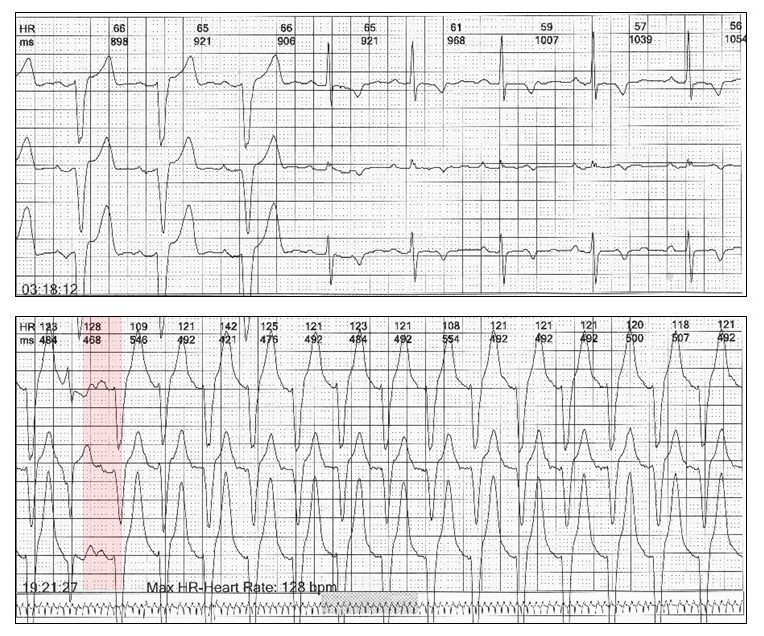 A “bradycardia dependent bundle branch block” is a rare ECG finding. You may see a glimpse of it after a pause.

This is a tracing from this week: Bundle branch block only at very slow rates

There are a number of important differential diagnoses:

The most important is an idioventricular rhythm 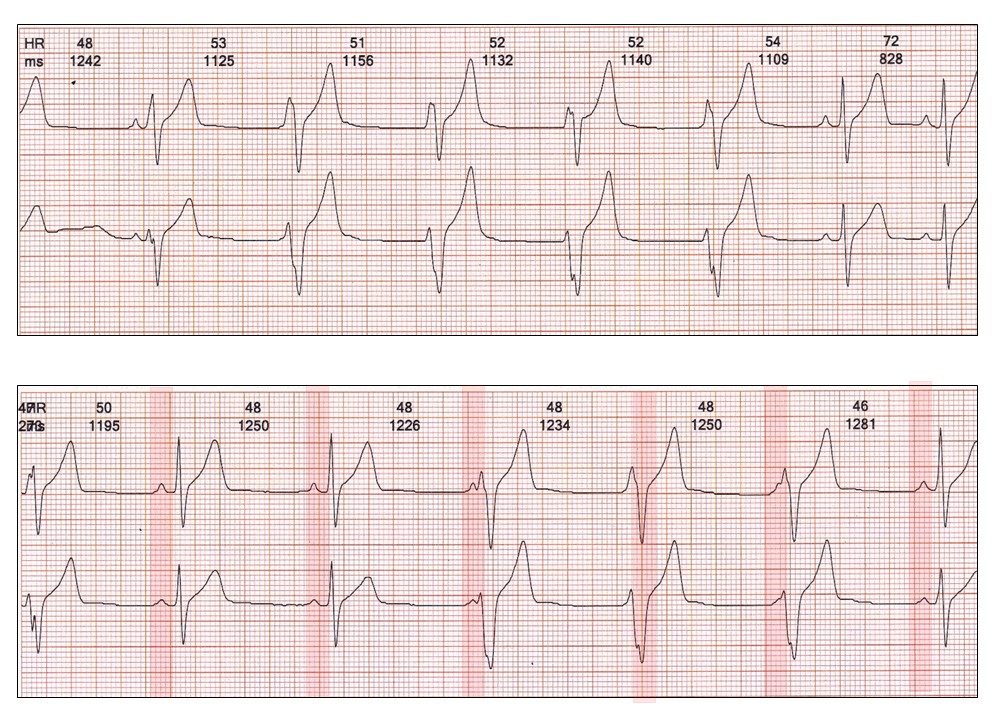 Fusion beat have the characteristics of their parents and there is a gradual progression toward the ventricular rhythm as the sinus P waves are swallowed up.

Another tricky differential is ventricular pacing. With single chamber pacing (VVI), the appearance is identical to idioventricular rhythm with the ectopic ventricular focus moving in and out of the sinus rhythm again with fusion beats.

With DDD pacing, the appearance is the same as rate dependent bundle branch block, but the PR interval or AV delay differ with the conducted beats always being shorter than the paced beats. 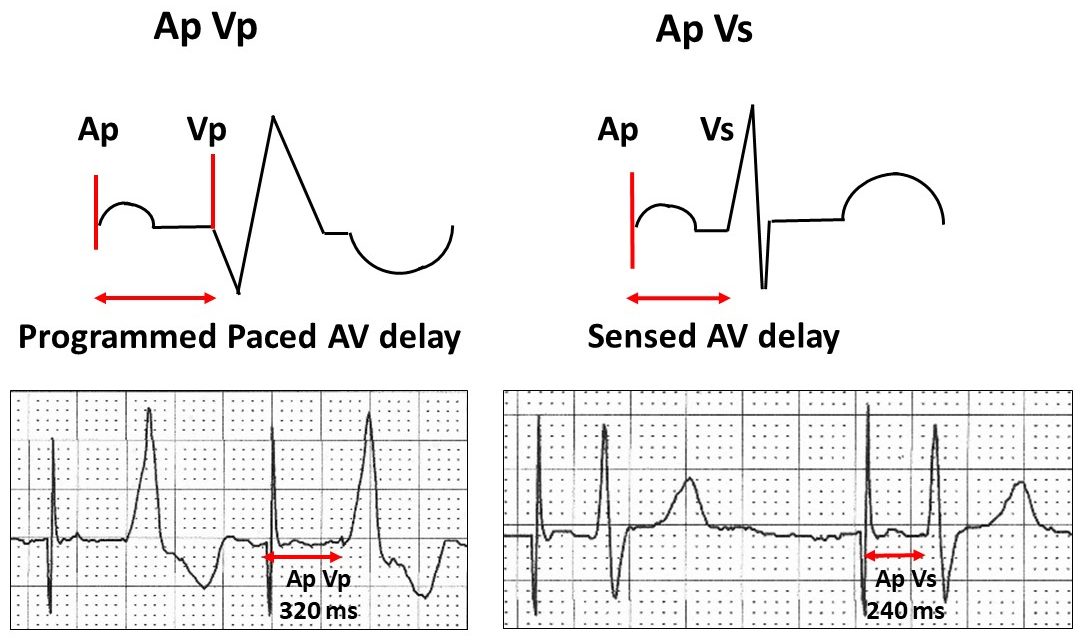 There is an exception to this rule, we recently discussed (fun with ECGs 16).

Just to complete the picture, there is another related rhythm disturbance.

This time, the escape rhythm is junctional although an idioventricular rhythm could also be called isorhythmic AV dissociation as it follows the same principles.

Its all in the timing.