Ping-Pong in the His-Purkinje system

ECG artefact. What does it mean?

Ventricular interpolation and all that jazz 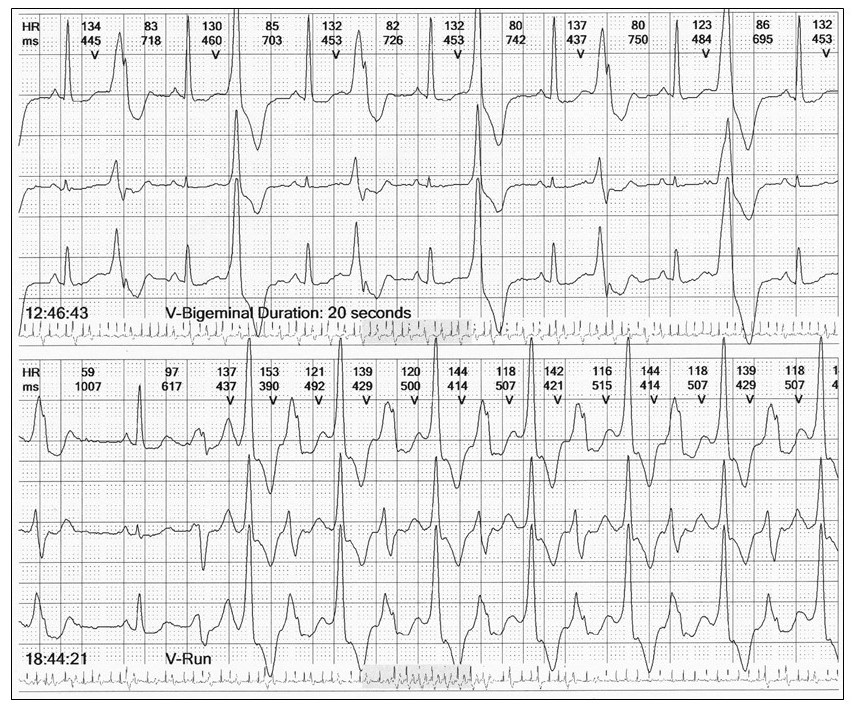 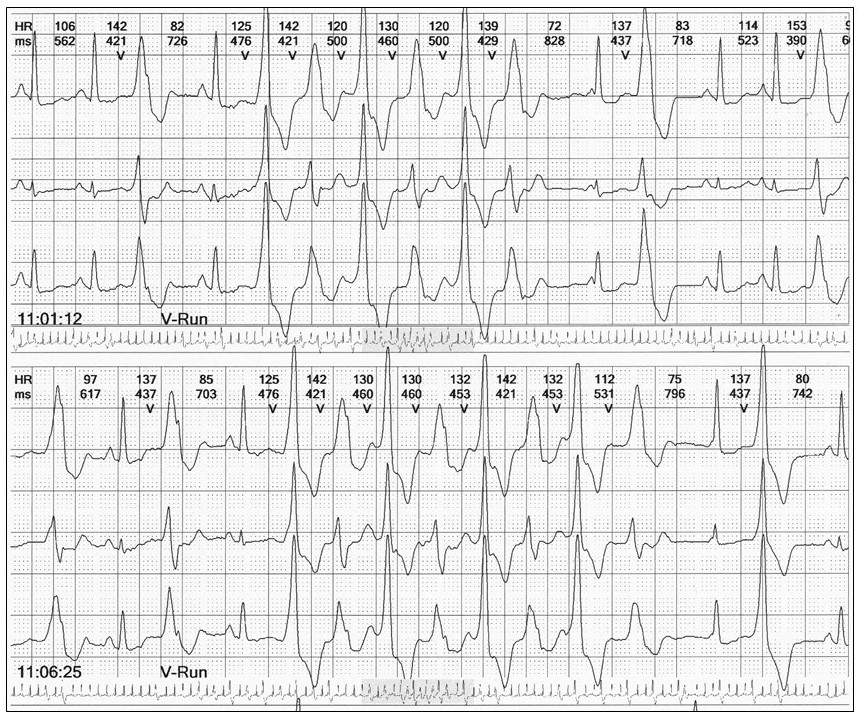 When I saw the accompanying ECGs this week, I almost started crying! Vivid memories of digitalis toxicity flooded back to me when we used foxglove leaf as a cardiac glycoside (digitalis pupurea) packed into a brown tablet – remember Michael, Brian, Leon). Withering first discovered its use in 1775 as treatment for dropsy (rheumatic right heart failure). There was no specified dose of digoxin as the leaf concentrations varied so much. Consequently digitalis toxicity (blurred yellow vision, nausea and diarrhea) was extremely common and associated with arrhythmias on the ECG, particularly with thiazide-induced hypokalaemia. In particular, these were atrial fibrillation with complete heart block, multifocal ventricular ectopics and bidirectional ventricular tachycardia.

I remember in the mid to late 1970’s using digitoxin (active ingredient in the body) which as its name implied was toxic and we clearly used the incorrect dose.  In the late 1970’s, a purer less toxic form of digoxin (lanoxin) was introduced and almost overnight the toxic arrhythmias disappeared.

This tachyarrhythmia was from a 36-year old and I have no history. It is bidirectional ventricular tachycardia characterized by an alternating beat-to-beat QRS axis (QRS vector alternans) thought to be due to Ping-Pong in the His-purkinje system. This suggests that there are alternating ectopic foci originating in the distal His purkinje system from both the left and right ventricles.

It was seen with severe digitalis toxicity, but also with the rare autosomal dominant inherited syndrome Catecholaminergic Polymorphic Ventricular Tachycardia (CPVT) induced by adrenergic stress (exercise or emotion). I saw a case about 10 years ago. Not surprisingly, it may result in sudden death and cases up to 40 years of age have been reported.

ECG artefact. What does it mean?

Ventricular interpolation and all that jazz