Although the footprints of atrial and ventricular ectopy are similar, there are enough differences to justify ventricular ectopy having its own set of ECGs. Some of the ECGs have been covered previously and this may act as a refresher.

Let us start with ventricular bigeminy:

Usually the coupling intervals are similar.

When they are not, then ventricular ectopy may have a more sinister significance particularly if they are from the left ventricle (right bundle branch block).

Interpolated ventricular bigeminy may create a kaleidoscope of findings.

Look before you read.

Embedded in the ectopic T wave are retrograde P waves (red highlight). These are premature and not sinus P waves. 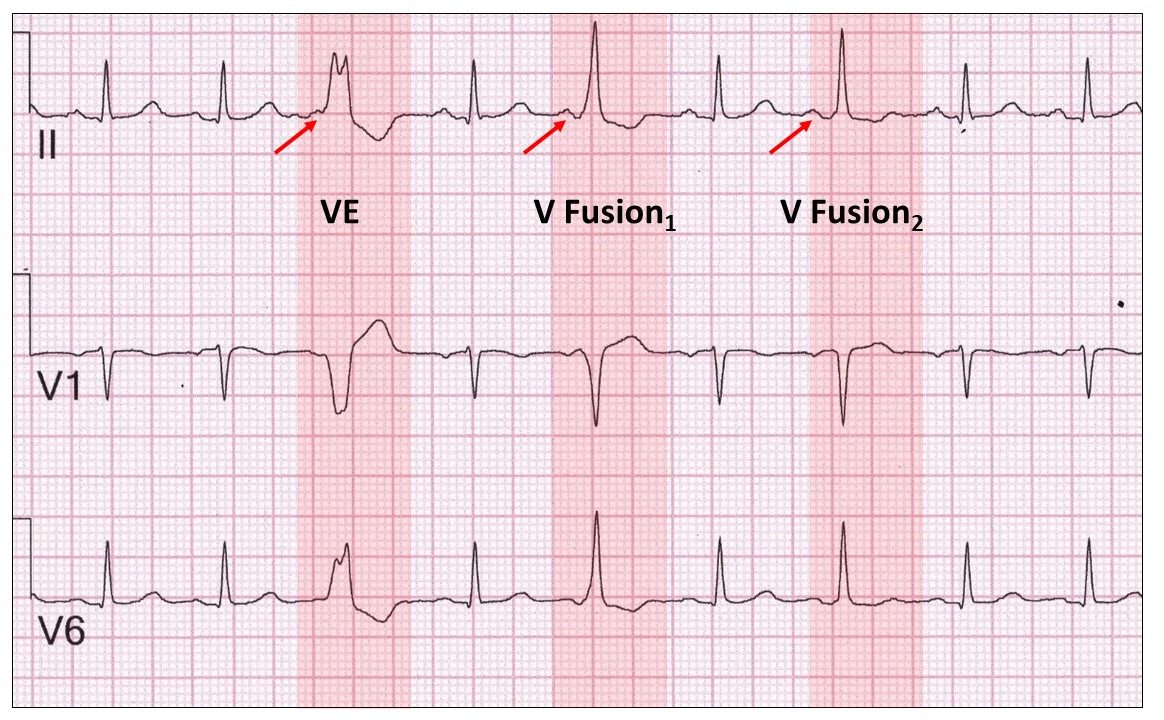 In this example, the ventricular ectopic (red highlight) coupling intervals gradually lengthen exposing sinus P waves (red arrows). Thus the ectopics lie in the PR intervals of the next sinus beat. The first ectopic (VE) is early enough to completely depolarize the ventricles, whereas the next two; V fusion1 and V fusion2 are well into the PR interval allowing some sinus generated ventricular depolarization and consequently fusion beats.

Note that fusion beats involving the sinus node often have a pseudo-Wolff-Parkinson-White appearance.

The ventricular ectopics may be interpolated.

In this example, the sinus and the ventricular ectopic cycles remain constant in timing and all of the P waves are conducted.

Once again, the ventricular ectopics may be interpolated (red highlight) and all sinus P waves conducted.

Remember, it’s all in the timing